In order to enable translating to NMEA 2000 / Seatalk NG and transmitting to these networks the router first needs to be configured to enabled NMEA 2000 writing. Like all other configuration this is easily done via the routers built-in configuration web service (see quick start guide).

The following screenshot shows an example configuration in order to enable transmitting to the NMEA 2000 / Seatalk NG bus. 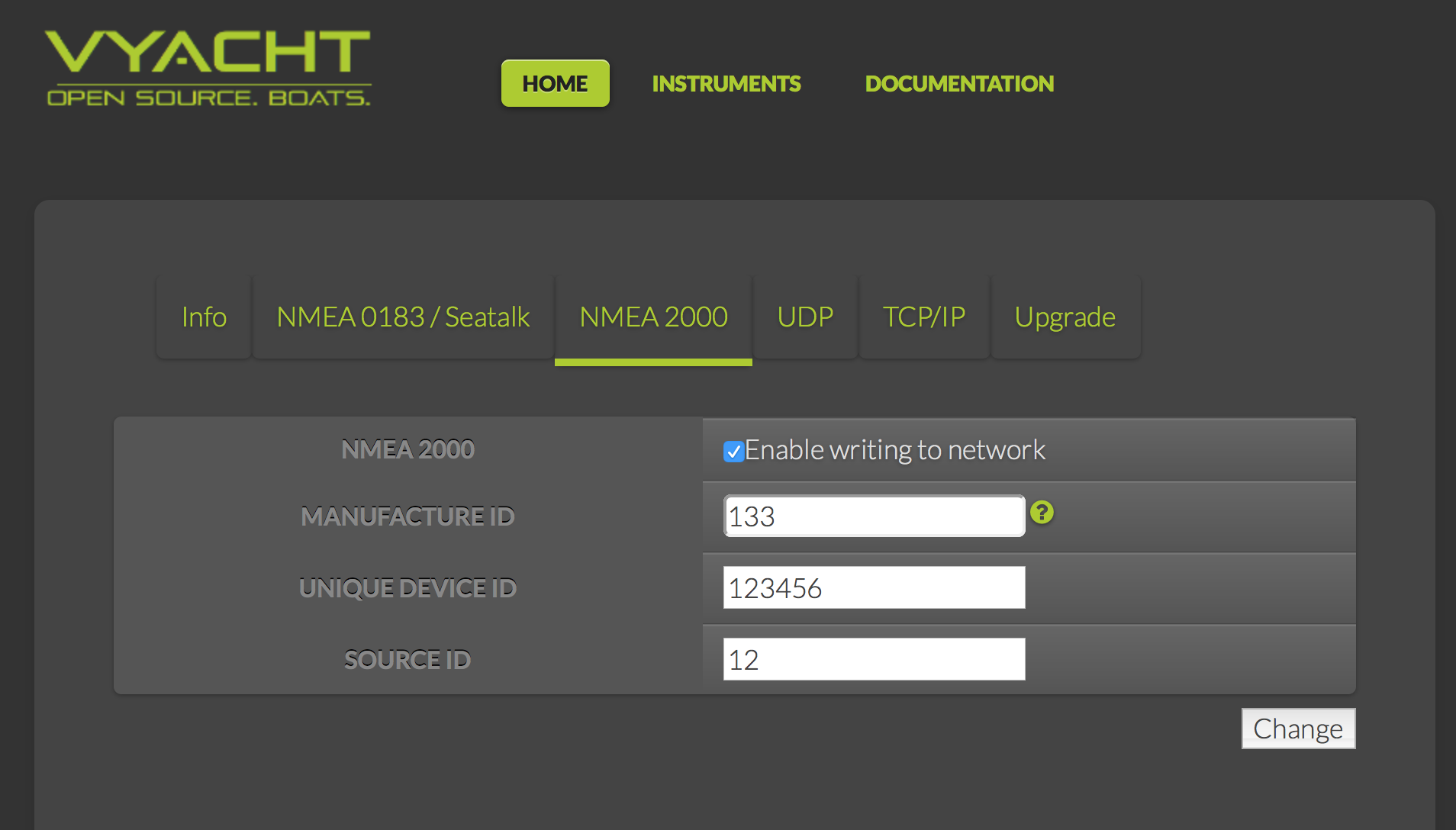 The following settings need to be made in order to announce the router on the network and to transmit to it.

Once this is done the other edit fields will be enabled and can be changed according to the following table.

You can also play around with then settings above. You can e.g. mimick another vendor's device by setting its manufacture id. This also means that you should configure two different vyacht routers with two different unique device ids.

The following screenshot shows how the vyacht router announces itself on the NMEA 2000 bus and transmits translated NMEA 0183 to it. You might identify the source id 12 as configured above. It was not used by other devices and not re-negotiated either. 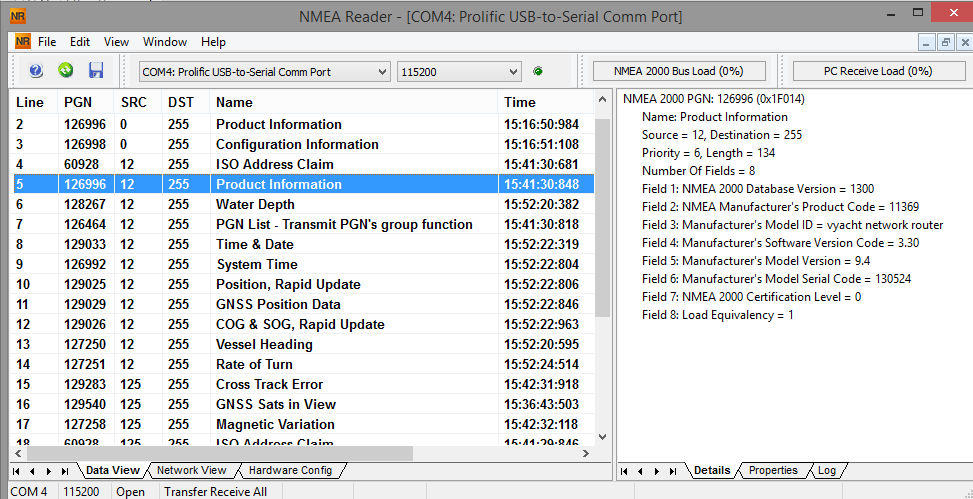 Please note: procedures described here only apply to firmware version 1.3.30 and higher. Even in that version its still a new functionality which should be tested before relying on it. While it won't harm you instruments unwanted results may occur. Please report them.