NMEA 2000 / Seatalk NG / Seatalk 2 systems are always bus-based systems as shown in the picture. It will never work without termination and you can never connect two NMEA 2000 devices directly with each other. The minimum you will need are

The isolated vyacht NMEA 2000 port has its own high-end isolated power supply and does not require power on the NMEA 2000 bus in order to work. But many instruments do not work without bus power. In order to feed the necessary 12V into the bus an additional (usually yellow) power cable is needed. 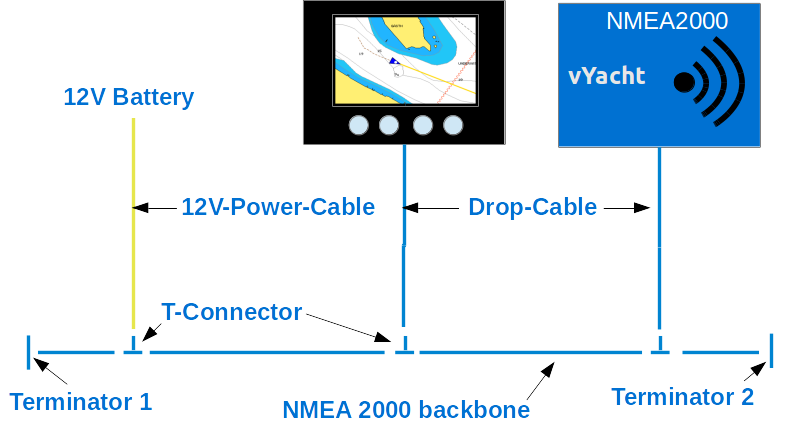 The below picture actually shows everything you need to know about the connection of a Garmin or vyacht NMEA 2000 drop cable to the vyacht's NMEA 2000 screw terminals. Garmin and vyacht have different coloring to be considered when connecting the bare ended cable. The name column refers to the screen print on the board. 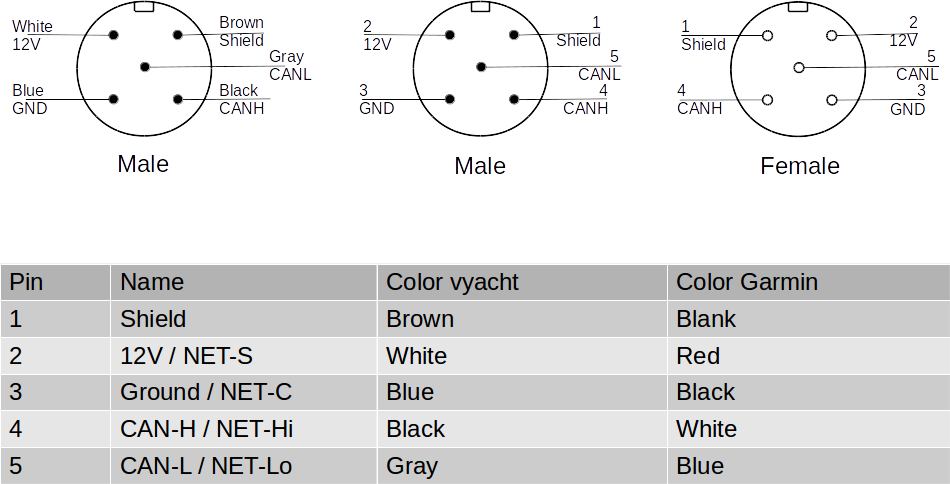 In current versions transmission to NMEA 2000 / Seatalk NG networks is disabled by default (see to learn how to enable it.