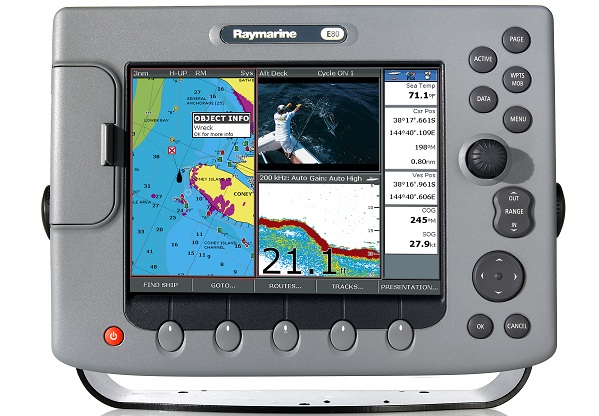 Raymarine's E-series launched almost 10 years ago and has a lot of different connectors.

The relevant connector is called Seatalk 2 on the E-series. NMEA 2000, Seatalk NG and Seatalk 2 are identical on the protocol side. Any instrument, plotter or sensor labled with any of those names will be able to speak with each other. However, there is a variety of connectors and ways to wire them.

Raymarine's confusion around its connectors and protocols is legendary. For Seatalk 2 and the E-series they developed yet another expensive propriety connector that I haven't seen on any other display. It will only fit the E-series but looks a bit like the most common NMEA 2000 M12 Micro-C DeviceNet type connectors. 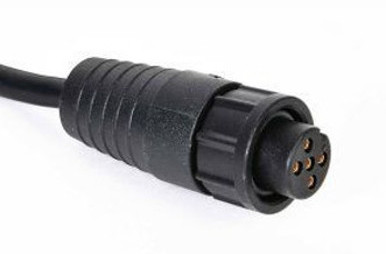 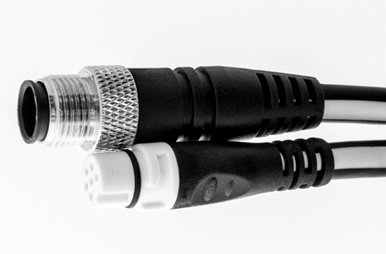 On the left you see the E-series connector compared to the black/white Seatalk NG connector and the black/metal DeviceNet M12 Micro-C connector on the right.

In order to connect the E120 or E80 to a SeatalkNG or NMEA 2000 network there are basically 3 options:

The Mare-005 adapter cable is the solution if your backbone is a classical NMEA 2000 backbone from Garmin, Lawrence or vyacht. Raymarine's cable is the simplest choice when connecting to a Seatalk NG backbone or 5-way-connector.